Zydus gets USFDA nod to market Phytonadione and Colchicine Tablets

Both the products will be manufactured at the group’s formulations manufacturing facility at SEZ, Ahmedabad 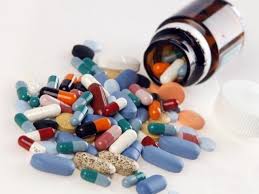 Zydus Cadila has received the final approval from the USFDA to market Phytonadione Tablets USP (US RLD – Mephyton), 5 mg. Phytonadione is Vitamin K1 and is used to treat & prevent low levels of blood clotting factors that the body naturally produces. These substances help in thickening of the blood and stop the bleeding normally (e.g. after an accidental cut or injury).

The group also received the final approval for Colchicine Tablets USP, 0.6 mg. Colchicine is used to prevent or treat attacks of gout (also called gouty arthritis). This condition is caused by high uric acid levels in the blood. An attack of gout occurs when uric acid causes inflammation (pain, redness and swelling) in a joint.

This medication is also used to prevent attacks of pain in the abdomen, chest or joints caused by a genetic autoinflammatory disease called as familial Mediterranean fever. Both the products will be manufactured at the group’s formulations manufacturing facility at SEZ, Ahmedabad.

The group now has 250 approvals and has so far filed over 350 ANDAs since the commencement of the filing process in FY 2003-04.