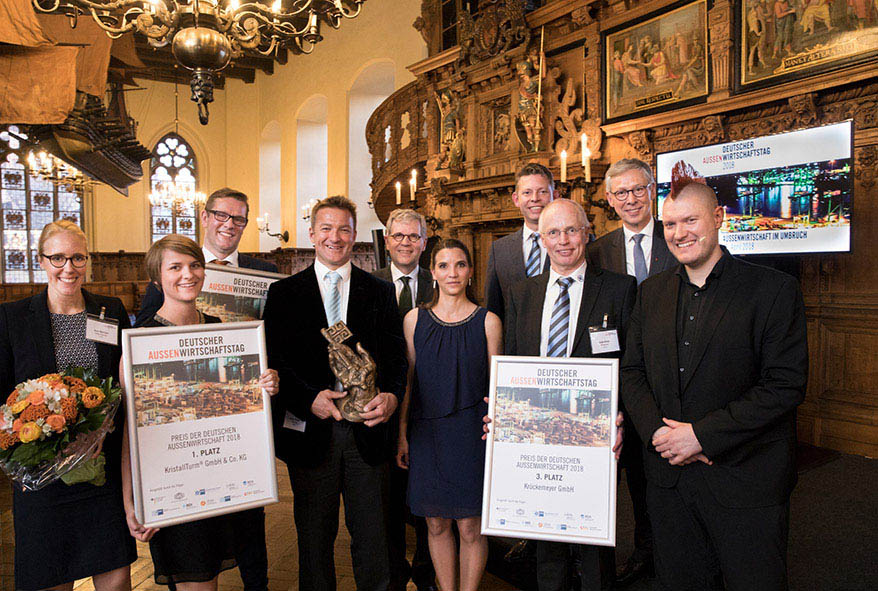 All three 500-kW plants will shortly be completed and will go live in summer 2018. Two of them are being set up in County Antrim in north-east Northern Ireland.

Another plant is being built in Benburb in County Tyrone. Thus, WELTEC will soon account for nine of a total of about 40 biogas plants in Northern Ireland.

In recognition of this strong overseas commitment, WELTEC BIOPOWER recently qualified for the second place in the ranking of the German Foreign Trade Award.

At first glance, the three new 500-kW plants look similar. Henceforth, all biogas plants will largely be charged with slurry and pig, cattle and poultry manure as well as a small amount of renewable raw materials.

Nevertheless, the WELTEC engineers have developed an individual concept for each plant, as the substrate composition and retention times vary. For example, the plant in County Antrim will only have one 2,625-m3 stainless-steel digester.

The second plant, which is located nearby, provides for two digesters with a capacity of 2,625 m3 each. The plant in Benburb will use a slightly larger stainless-steel digester in order to extract as much energy as possible from the substrates.

The strong market position of WELTEC in the United Kingdom has a solid basis. From the outset, the company from Lower Saxony has played a key role in the field of AD plant construction.

On 19 April 2018, the award was conferred for the 10th time. The ceremony was conducted at the end of the German Foreign Trade Day by Dr. Carsten Sieling, mayor of Bremen, and Harald Emigholz, Chairman of the Bremen Chamber of Commerce.

Specifying the reasons for the bestowal of the award, the jury pointed out that WELTEC BIOPOWER started engaging in foreign trade as early as a year after its foundation in 2001.

Today, more than 300 WELTEC plants exist in 25 countries on five continents. At present, additional energy plants are being built in Uruguay, France, Croatia and Greece.

The export of German regenerative energy know-how has greatly contributed to WELTEC's sales and earnings performance.

True to its convictions, WELTEC has retained the main elements of its value chain in the region and in Germany. In this way, the company provides its customers around the globe in various industries with a consistent quality level.