The oral form of the drug, known generically as semaglutide, is crucial for ensuring the group's long-term growth, as price pressure mounts in a crowded market targeting the world's 450 million diabetics. 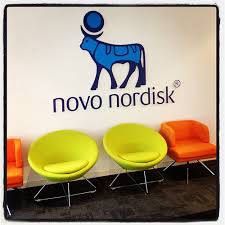 Novo Nordisk, the world’s largest diabetes drugmaker has presented the first successful data from a large final-stage study of a pill it hopes will transform the diabetes market.

The oral form of the drug, known generically as semaglutide, is crucial for ensuring the group's long-term growth, as price pressure mounts in a crowded market targeting the world's 450 million diabetics.

The new medicine is a threat to Eli Lilly, a key rival in the multibillion-dollar diabetes market.

Novo said the first of 10 Phase III trials that are due this year had met its primary goal by demonstrating "significant and superior" improvements in long-term blood sugar levels compared to a placebo.

The trial also showed that the highest of the three tested doses - 3, 7 and 14 mg demonstrated "significant and superior" weight loss. While weight loss was also observed for two lower doses, they did not reach statistical significance.

Importantly, nausea was not a major problem with the new pill, as some experts had feared.

The once-daily pill belongs to a blockbuster class of treatments known as GLP-1s that stimulate insulin production, the first of which were derived from the venomous bite of North America's Gila monster lizard. So far, all have been injections.

UBS analyst Michael Leuchten said the blood sugar reductions were as good if not better than those achieved with two successful injectable GLP-1 medicines - Lilly's Trulicity and Novo's own Victoza.

The fact that mild-to-moderate nausea was reported in just 5 to 16 percent of patients - less than nausea levels observed with injections - was also a positive surprise.

Novo Nordisk said it aims to provide data from the remaining nine trials this year and expects to submit the drug for regulatory approval in 2019, ahead of the drug's potential 2020 launch.

Doctors believe oral semaglutide will provide a new weapon to tackle diabetes earlier with a highly effective therapy, especially in patients who are reluctant to start on injections. But price will be critical in determining its uptake both among U.S. insurers and cost-conscious European healthcare systems.