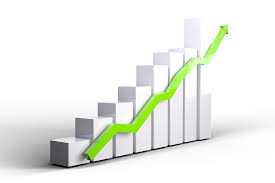 Aster DM Healthcare, one of the largest private healthcare service providers in multiple GCC states and an emerging healthcare player in India has announced its financial results for the quarter & full year ended March 31, 2019.

Sustained revenue growth has resulted from its existing operations that includes 24 hospitals, 114 clinics and over 219 pharmacies in nine countries, including India.

The Company’s strong growth is a reflection of its focus on quality healthcare, the strength of its diversified healthcare offerings and a strong thrust on enhancing efficiencies.

Performance Review for Q4FY19 vs. Q4FY18

Performance Review for FY19 vs. FY18

“We are very happy to report strong growth at both the top line and EBITDA level. All hospitals in the GCC and India are performing well and new hospitals in India are also doing better than expected.

In line with our asset light focus, work at all our new hospital pipeline projects both in GCC and India are progressing well. We are optimistic however that all these facilities will achieve swift break even on the back of increasing occupancy and better utiiisations..