Make in India - a major boon to medical technology industry

Having a solid expertise in research and development, Trivitron manufactures and distributes exceptional medical technology products to 165 countries for the last 20 years. Today, Trivitron Healthcare, through successful inorganic synergies with local and global firms, has a revenue turnover of Rs 750 crore. BioSpectrum India spoke to Dr GSK Velu, Chairman & Managing Director, Trivitron Healthcare Group of Companies to know about the status of medical technology market in India and competition coming from Chinese medical devices. 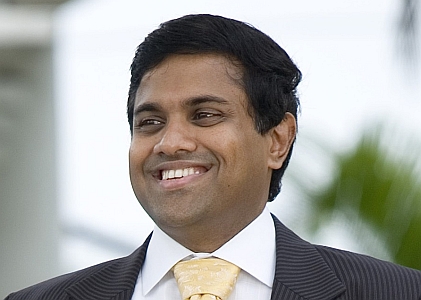 What is the current status of medical technology market in India?

The current med tech industry is driven by innovation and new technologies. With the advent of engineering innovations, recent development have led to low cost products that are at par with existing products on quality. The Medical technology market in India is growing at about 10-12 per cent. Domestic companies in India focus more on consumables, test kits and lower-value equipment. There lies a greater opportunity for indigenous solutions and domestic Medtech production. With the availability of advanced and sophisticated medical technology, there is a surge in creating new markets with an increased dependency by doctors on advanced medical devices leading to rapid de-generation of existing medical technology which is creating a demand for replacement and up gradation of many products.

How do you see the growth of the market in the coming years?

India’s healthcare system is paradoxical - on the one hand, it boasts of ‘best in class’ healthcare delivery attracting medical tourists from across the world, and on the other, it is characterized by a near absence of accessible, affordable quality health services for a large part of its population. Existing infrastructure, especially in smaller towns/ rural areas, is inadequate to meet the ever-growing needs of the Indian population. A transforming medical technology landscape, improving healthcare delivery and financing mechanisms, and changing patient profile are driving growth in the medical technology industry currently. With new rules coming into the scenario, the industry can use the ‘Make in India’ platform to plunge into a secure, affordable and most importantly, patient safetycompliant future.

What are the challenges do you see in the years?

Despite the strong growth of the Indian medical technology market in the last few years, the industry is plagued by low penetration. Since most of the country’ population cannot afford to pay for healthcare, providers in turn pay careful attention to costs in making their purchasing decisions. For instance, while big hospitals in Tier I cities are typically driven by quality while purchasing medical devices and equipments, most smaller hospitals, particularly those in Tier II and III cities and rural areas, opt for cheaper products.

In January last year, the Government announced the first fiscal policy to support the Indian manufacturing by withdrawing Concessional Duty for few devices and nearly 30 per cent of the devices were relieved. Same kind of benefits should be given to IVD and Implantable Medical Devices. There is no need to have zero percent customs duty on any medical device, equipment or consumables as this will kill Make in India initiative by both MNCs and domestic companies. There are hidden costs involved in manufacturing medical devices and placing the diagnostic devices/ reagents at 18% increases the procurement cost which results in increase the billing amount to the patients. It is important for both the State and the Central Government authorities to understand the problems faced by domestic manufacturers at the ground level and provide right policy frame work to motivate local manufacturing initiatives. The local producers are put through real hardships by customs and excise authorities due to inverse duty issues, thus shying away the investors and growth in this area.

According to you what will be the impact of GST of medical technology industry?

An amalgamation of all the taxes into one uniform tax eases the way of doing business in the country. The Indian Healthcare Industry is one of the major sectors with respect to revenues and employment. The expenditure on healthcare increases as well as the revenues from taxes. GST also improves the operational efficiency by rationalizing the supply chain that could add another couple of percent to the pharmaceutical industry. Other benefits likely to accrue GST are decline in the overall cost of technology. Currently, the technical machinery and equipment which are imported to India by the healthcare sector are very costly and it also gives a chance to the manufacturers in India to increase the demand of their products at a rate slightly cheaper than those imported from abroad.

Although government is promoting medical tourism and giving push for healthcare sector with announcement of National Health Policy 2017, still India continue to import medical technologies. According to you how this could be addressed?

The ‘Make in India’ campaign could prove to be a major boon to the medical technology industry. At present, 70-80 per cent of the medical equipment used in India are imported. With the government promoting the Indian manufacturers, we can significantly bring down the import dependency thereby reducing the healthcare costs. However, to promote local innovation and use of Indian Manufactured MedTech Products, Government & Policy makers need to support and make preferential policies for the Domestic manufacturers.

What are your views on imports of medical devices being imported from China?

Though Chinese medical devices industry has been on a rise despite the nation’s economic slowdown, it delivers low-tech and mid-range products. Indian Manufacturing Companies are unable compete with Chinese origin medical devices and reagents because of the type of incentives they receive from Chinese Establishments are innovative and unimaginable. Domestic Industry wants to have a policy of 15% preferential pricing for Indian origin Medical Devices and reagents. The Indian medical devices and IVD industry is at a cross road. If the Government does not complete the best efforts started and provide tariff protection and preferential market access to domestically manufactured products, India will continue to remain import dependent and domestic manufacturing will remain confined to Gloves, Syringes, Hospital furniture etc. Do you see competition between Indian and Chinese players in medical devices/ technology market? Both India and China have the chance to be the global manufacturing destination for medical devices. But China is way ahead of the curve due to the conducive government policies for domestic manufacturers for over three decades now. India has to catch up by creating the right ecosystem for domestic manufacturing of medical devices for both domestic and MNC companies with time bound implementation of policies and framework.