Out of the box approach to innovation sets you apart 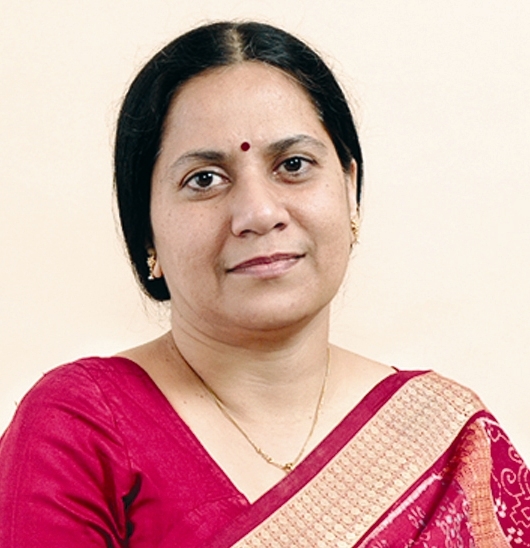 What is the current status of Grand Challenges Exploration (GCE)? What is the role of IKP in GCE?

This is the third grand challenge we are running where we are planning to look at the entire global health (public health, neonatal health, infectious diseases and AMR) and climate change. IKP’s role is as the implementation manager of the programme. Like all other grand challenges programme that we run, this one also we will scout for innovation through various platforms like online platform, road shows, talking to various stakeholders across India. When we receive the applications, we put out a review panel to do online review and then on the basis of that we shortlist the proposals for final presentation.

The idea is to have out of the box idea. The focus is to seek and explore the solutions that are not common incremental innovation but some really novel way of solving a problem that is not being done that way before. It has to be a game changer in its own way and has to be an out of the box approach to innovation.  So, once we select with BIRAC and other expert reviewers, we monitor the progress of the awardees and also provide them with a funding.

So right from sitting down with BIRAC to see what conclude of the call will be to finally monitoring and mentoring the awardees in bringing out the useful innovations is IKPs role. In this programme we would be doing five calls and up to five innovations will be funded.

Can you throw some light on ‘National March for Science’? Why funding is always an issue as far as science & technology sector is concerned?

There is now a lot of funding for early stage start-up or innovation. Later stage innovation still has a lack of money. The March for Science Funding is a different thing all together. But yes I would say that we really need to increase the science budget.

Are we really in synch with the ‘Make in India’ campaign of the government as far Bio-Suppliers market is concerned?

We have started producing the reagents in the country but a large amount is still being imported. I am seeing people getting into the reagents and suppliers market. It’s also about acceptance. The market depends also on buyers and not just sellers. If academic institutions and companies buys the Indian product and if they can establish the confidence then only there share in the market will increase. I think this process has already been started and slowly happening. Initially when we started the innovation park and when we started buying fermenters, fume hoods and various lab benches etc. , all of them were not really made in India or made well in India but now comparatively more vendors are available for equipments like laminar flow, lab benches and fume hoods.

What is the current status of biotech parks in India?

As far as IKP is concerned, we have been able to run a successful sustainable biotech park with some good companies in the park but I have not seen a large number of successful biotech parks across India.

I think people should understand that biotech parks are not a real-estate proposition neither is it an academic research incubator. They are for companies large and small. Having just one incubator won’t make it a biotech park. People often confuse between training centre for technology commercialisation or just one incubator good enough to be called as a biotech park. Biotech  parks has to have an ecosystem of companies i.e. large, small and start-ups and research centres put together. In India number of incubators are increasing but resources and ability to visualise the impact of biotech parks has not happened so far.

Two types of people think of setting up a biotech park, one is the real-estate group who quickly realise that it is not a real-estate game and the other group is basically more from the academia background thinking that a small innovation and technology commercialisation is the role of a biotech park. So all this requires a thought and more planning.