Defining standards & measures for AMR is the need of the hour

According to one of the report issued by some of the stakeholders last year, antibiotic industry or ingredient manufacturers were responsible for an estimated amount of 30,000-70,000 tons of anti-microbial active waste. All this leading to Antimicrobial Resistance (AMR) is an increasingly serious threat to global public health that requires action across all government sectors and society. Lucas Wiarda, Head of Sustainable Antibiotics Program, DSM Sinochem Pharmaceuticals in an interaction with BioSpectrum talks about the Sustainable Development Programme of the company and shares his views on why defining standards & measures for AMR is the need of the hour 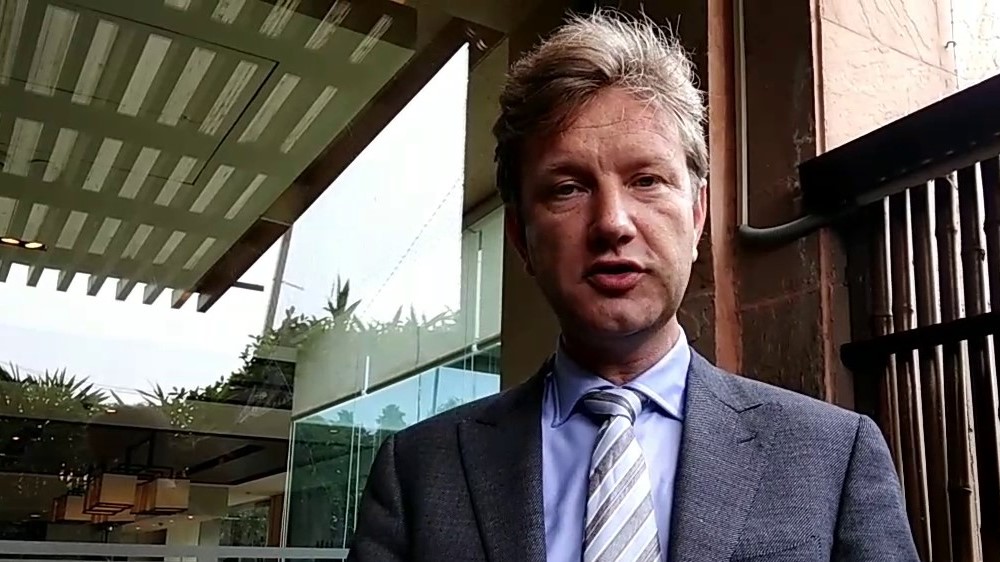 Kindly tell us something about Sustainable Development Programme of DSM Sinochem Pharma?

It is a programme that basically defines the position of DSM as company in the public and global healthcare of AMR. We started the finding of this positioning few years back where we saw that AMR is becoming an increasingly concerning issue. Logically we are making an antibiotic and if antibiotics increasingly become ineffective then there is no business any longer for us because the product that we sell won’t be used out of their inefficiency. So therefore we define AMR as one of our business continuity risk and we started looking what we can do against it. We learned and understood that increase in AMR can be a major issue not only for us but also for the entire industry which is broader than antibiotic manufacturers, which is also about cancer, CMS, cardiovascular and various other diseases. So basically without antibiotics our whole modern healthcare system will be effected as antibiotics are the cornerstone of modern health.

Clearly this is not only an issue for us but also for the industry and society. We also looked at the courses of antibiotic resistance which are often referred to as overuse or misuse of antibiotics by humans and misuse of antibiotics by agriculture industry. This clearly indicates that environmental angle of AMR is a serious one. It is extremely important that we manufacture our antibiotic responsibly to ensure that the medical drug is not only made available to patients but also the waste associated with its manufacturing is properly handled. Large amount of water is consumed by the manufacturers. Normally, if you go through biological or chemical synthesis, you always loose a little bit here and there. Similarly in case of antibiotic manufacturing, little bit here and there means a loss of antibiotic activity.

What are the measures adopted for the same?

According to one of the report issued by some of the stakeholders last year, antibiotic industry or ingredient manufacturers were responsible for an estimated amount of 30,000-70,000 tons of anti-microbial active waste. Now 70,000 tones to put that into perspective is very close to the annual consumption of antibiotics by humans around the globe. With the manufacturing of antibiotics, there is waste involved and this waste carries antimicrobial activity and lots of waste is used. This is not what we wish as an industry. We don’t want to create antibiotic resistance, we want to fight it. For this, we signed a roadmap with 12 other companies during United Nations General Assembly in September last year in New York. One of those companies was Cipla. Under the roadmap, we defined the measures and solutions to fight AMR. The solutions in the area of:

What are some of the key companies involved in Sustainable Development Programme?

The roadmap which was issued in New York lead to the establishment of AMR industry alliance which is a collaboration chaired by IFPMA (International Federation of Pharmaceutical Manufacturers Association). The roadmap was signed by only 13 companies. These 13 companies along with some others have established this AMR industry alliance. This is basically collaboration between originated act companies like Merck, Pfizer, Johnson’s & Johnson’s and generic companies like DSM, Cipla, Mylan and also some new companies that focus on new antibiotics. This alliance will work together to successfully fulfil the five commitments defined in the roadmap.

What are some of the challenges you are facing or may face in the future for this programme?

India has managed to make a very ambitious and complete national action plan for AMR published in April which clearly indicates that India acknowledge the issue of AMR. This is a really big step. If you look at broader perspective, other countries can actually follow India and create such action plan. Recently the European commission updated its ‘one health action plan’ on AMR where they are following the Indian example like focussing on the Environmental angle. Many good things happened but we come now to point that we have to show some progress on the measures mentioned in those action plans. Indian National Action Plan basically follows the one health approach where Ministry of Health, Ministry of Agriculture and Ministry of Environment needs to work together. This multi departmental cooperation anywhere in the world is difficult because every ministry has different interest, different priorities and many order different issues. So they all need to prioritise this in a very high fashioned manner. This is challenge number one. At this moment I still feel that AMR is a challenge for Ministry of Health whereas Ministry of agriculture and also Environment should start prioritise this issue as well. You can see this not only in India but also in global political arena. WHO is very active in addressing the issue of AMR together with United Nations but other departments like agriculture are little behind. So the challenge is to get all the priorities of all these ministries at the same level.