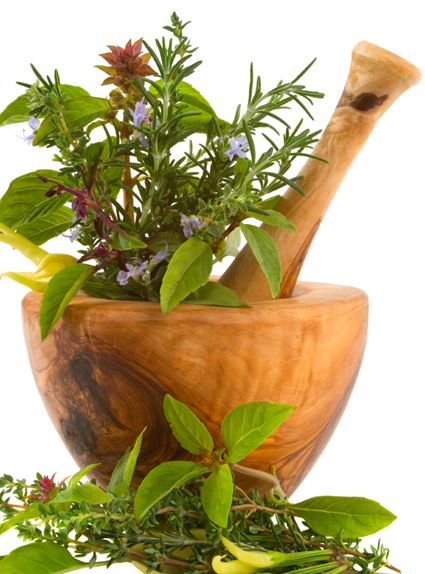 The word 'Ayurgeomics' was hypothesized in a study published in September, 2008.

How often have you seen well qualified genomic researchers reciting centuries old Vedic hymns while explaining their research work? Perhaps never because of it being stereotyped into something mysterious! But here is an example of a research team that has been working quietly for last one decade on a unique initiative to find resemblances between genomics and Ayurveda.

Named the TRISUTRA (Translational Research and Innovative Science Through Ayurveda), it is basically a unit of the Council for Scientific and Industrial Research(CSIR) functional at its Institute of Genomics & Integrative Biology (IGIB), New Delhi. The research focus of the Unit comprising of a small team, is to develop affordable health care solutions through integration of traditional knowledge of Ayurveda, genomics and modern medicine.

To begin with, the survey questionnaire with eleven queries on the TRISUTRA's site asks few basic questions on the Ayurveda, testing the knowledge and preferences of common Indians on the subject. Apart from the basics, the Unit has been working with the hospitals, tertiary referral centres, and academic institutions to create a network of multi-disciplinary research efforts.

Among these are the Indian Statistical Institute, Kolkata; Ganit Labs, Bangalore; National Centre for Biological Sciences, Bangalore; Maharishi Dayanand University, Haryana; along with host of Ayurveda and public institutes in India. The network has also aligned globally with the Georgia Technology University, Atlanta. Whether or not the Ayurveda can prove to be an effective scientific tool for treating bodily ailments is highly debatable but what certainly cannot be ignored or underestimated is its continued acceptability in the remote parts of India since ages. The critics may find it quite complex but then complexities lead to discoveries. Isn't it? So why has been the cross talk between Ayurveda, modern medicine and genomic science been avoided so far?

A peep into past

While it was conceptualized long back in 2002 by Dr Samir Brahmachari, former director general of CSIR and his team, the recognition came as late as in 2008 when a landmark study, the first of its kind in the world, revealed that it is possible to identify groups within normal individuals of the populations, which could be predisposed to certain kind of diseases, and also might respond differently to drugs. This is also when the word 'Ayurgenomics' was coined by the authors of the study. Based on one of the leads from gene expression differences, a genetic marker associated with high altitude adaptation and a high altitude illness, EGLN1 was identified. The study thus provided a novel molecular framework for integration of two contrasting disciplines.

Recalling the days when nobody was even talking about it, Dr Brahmachari mentioned, "When we imagined this project back in 2001, our knowledge was zero. But we realized that the genomic research is moving towards predictive personalized medicine. Therefore, we thought ahead of times and established a network of scientists to explore the existing traditional knowledge ignored so far. The principle we are using is very similar to the sub-group classification employed 4000 years back in Ayurveda."

Dr Brahmachari feels that despite adverse opinions at times, one has to take the risk and be persistent with the ideas to gain experience. "It is important to remember that 1.3 billion population of India cannot be treated by the modern medicine when 65 percent of them are still dependent on traditional medicine in one way or the other. So, why not use this to identify the genetic connection of fruits/foods suitable for the disease phenotypes. The core focus is on the affordability and creation of flipcart like mechanism where the delivery of customized medicine is possible through telemedicine facilities, " he said further.

The results of the study led by Dr Mitali Mukerji, senior scientist at the IGIB were reported in the Journal of Translational Medicine in September, 2008. Other members of team, Dr Bhavana Prasher an Ayurveda expert and Dr Sapna Negi a senior molecular biologist co-authored the paper along with a team of trans-disciplinary people that included Ayurveda doctors, molecular biologists, biochemists, bioinformaticians and statisticians. This study explored whether this ancient and documented system of Prakriti analysis could be correlated in modern biology terms. For this purpose, more than 1000 individuals were screened, out of which 120 individuals of predominant prakriti were identified, and subsequently 96 unrelated ethnically matched healthy individuals with predominance of either Vata (39 individuals), Pitta (29) or Kapha (28) prakriti, belonging to an age group of 18 - 40 years with equal numbers of both genders (n=48 in each case) were recruited for further analysis.

"In the study, normal individuals of the three most contrasting Prakriti types, namely, Vata, Pitta and Kapha, were identified following clinical criteria described in Ayurveda in Indian population of Indo-European origin. It was observed that these Prakriti types exhibited differences at biochemical profiles like liver function tests and lipid profiles and hematological parameters like haemoglobin level etc. Differential gene expression was found in significant number of housekeeping and disease related genes.

A significant variation in expression of genes related to metabolism, transport, immune response and regulation of blood coagulation etc. was also observed," says Dr Mitali Mukherji, Programme Director & Principal Investigator(Genomics). When asked about the Ayurveda's predictive medicine connection, Dr Bhavana Parasher, senior scientist and principal investigator (Ayurveda) remarked, "According to Ayurveda, an individual's basic constitution, Prakriti, to a large extent, determines predisposition and prognosis to diseases as well as suitability of preventive and curative regimen for the same. The research can become the fertile land for newer discoveries and also start looking at specific diseases from inter-individual variablility point of view for personalized solutions "

Having begun on modest funding, there is no dearth of funding for the team now. "It has increased over time and right now our focus is on collecting more and more data from research besides building longterm resources. We had to start from scratch and since
past one year, there have been multiple workshops across five sites in India. 2000 to 3000 people have been analysed at each centre so far and it will take another one and half year," says Dr Mitali.

Potential to be future of predictive medicine

Though many believe that it is just hype and no substance, there is no dearth of people who feel it has potential. "I strongly believe that the PM call of "made in India" requires identification of areas where we have strategic advantages & "Ayurgenomics" fits the bill perfectly. We can lead the world here and pave way to usher a new era of healthcare which is based on our rich traditional knowledge and modern scientific scrutiny says Praveen Gupta, executive director, Premas Biotech that represents the genomic sequencing technology company, Illumina in India.

The government's mood to promote Ayurveda can be well gauged from the scale of World Ayurveda Conference that was organized at New Delhi in November. Infact, the ministers and health officials are openly batting for it. "Promotion of Ayurvedic medicine system backed with scientific reasons can put India on world map. India can lead the world by promoting its ancient and preventive system of ayurvedic medicine duly backed by scientific reasons which can put us on the global map just like yoga. Our own system which has been prevailing since thousands of years can put a great impact in the world and people can be prevented from many dreaded diseases, treatment of which otherwise costs very high," said Dr Jagdish Prasad, director general of health services, Ministry of Health and Family Welfare at an event in Delhi.

The focus on Ayurgenomics assumes significance because it holds the potential to bring the scientific credence and global acceptability to Ayurveda. If successful, it can also provide new leads to genomics and help create customized products that can be utilized by the biopharma, nutrition and Ayurveda industry. At the times, when millions are spent to find the new chemical entities and further research, there seems to be no reason for being biased towards an indigenous science left unexplored.