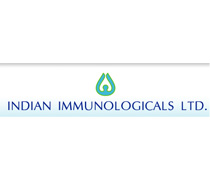 Hyderabad-based Indian Immunologicals occupied the top spot as the world's largest manufacturer of foot-and-mouth disease (FMD) vaccine. Alongside, it made strategic plans for setting up its facility worth Rs 300 crore as part of its expansion for developing new products

IIL is also planning to build its new facility in Puducherry, Tamil Nadu. According to the company, in the next 3-4 years, there will be an estimated demand of 600 million doses of animal vaccine in India, which the government believes will be catered to by this facility.

In December 2014, IIL announced its plans in erecting bovine serum manufacturing plant in New Zealand with an investment of $1 million through its subsidiary Pristine Biologicals (NZ). The facility will help in meeting the bovine requirements for manufacturing animal vaccines.
In January 2015, IIL launched its vaccine for the blue tongue disease, a condition that is seen among cattle population. Currently there are no preventive mechanisms for this disease.

It took a three years for IIL to develop the vaccine with collaborative partners including Indian Council of Agriculture Research (ICAR) and Tamil Nadu University of Veterinary and Animal Sciences (TANUVAS).

The vaccine is priced at Rs 5 per dose. Currently, it exports animal vaccines to more than 50 countries. In a partnership-deal, IIL joined hands with Scotland-based NGO GALVmed and Australia's University of Melbourne for manufacturing vaccines. The company also has audacious plans to soon launch the world's first pig vaccine for ProcineCysticercosis.

On the human health side, IIL's pentavalent vaccine has reached phase II of clinical trials and is expected to be launched soon, which the company claims will be offered at significantly reduced rates. IIL invested Rs 200 crore in building its pentavalent and hexavalent divisions in its current facility located in Hyderabad. IIL, which has emerged as the world's largest manufacturer of foot-and-mouth disease (FMD) vaccine, has readied plans for setting up a Rs 300-crore facility at Puducherry. The company plans to utilise the new facility for new product development.