India needs to scale up its interventions to tackle the HIV/AIDS burden in order to shore up efforts that saw the number of Indians dying from the disease fall 58 per cent from 2005 to 2016. 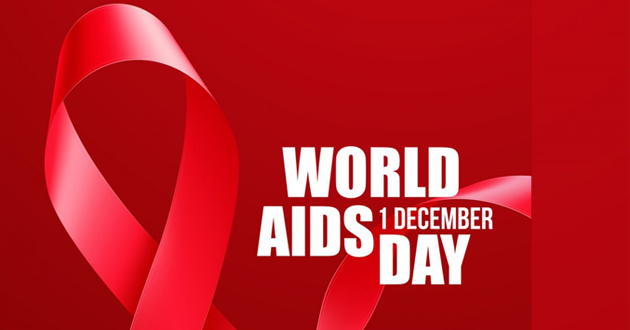 The world is haunted by the Human Immunodeficiency Virus (HIV), but the real threat is the discrimination the people face from others after being exposed to the effects of HIV.

HIV is so diverse that within a couple of months of infection, it mutates into thousands of millions of different versions. To top that, it attacks the body’s immune cells – the very agents that are designed to kill it.

India has the third-highest number of people living with HIV after South Africa and Nigeria, with 2.1 million Indians accounting for about four out of 10 people infected with the deadly virus in the Asia Pacific region.

India needs to scale up its interventions to tackle the HIV/AIDS burden in order to shore up efforts that saw the number of Indians dying from the disease fall 58 per cent from 2005 to 2016.

According to various studies done on India’s scenario on HIV-AIDS and preventive measures taken, it is majorly extensive labour migration and low literacy levels in certain rural areas where there’s lack of awareness and gender disparity.

Country Director of International AIDS Vaccine Initiative (IAVI), Rajat Goyal, said “Globally, innovative programmes have been launched to tackle infectious diseases. These programmes must be integrated to address the problem, and countries across the world must develop end-to-end research capability which will, in turn, accelerate outcomes.”

IAVI, a nonprofit organization working in 25 countries to research, design and develop promising vaccine candidates, has revealed that India with over 2.1 million people living with HIV AIDS, only 43 per cent of those have access to antiretroviral therapy treatment (ART).

“We have recently launched ‘Test and Treat Policy for HIV’ policy. As soon as a person is tested and found to be positive, s/he will be provided with ART. We have intensified our efforts to find all those who are infected with HIV,” said Dr. Arun K. Panda, additional secretary, National Aids Control Organization (NACO).

However, over the past three years, at least a dozen people living with HIV have been denied treatment at government hospitals in Madhya Pradesh, and hundreds more across the country.

Discrimination in both government and private health centres and hospitals is rife across states. Paramedics and nursing staff and in some cases even doctors often refuse to take care of HIV+ patients.

In April this year, the Parliament passed the HIV and AIDS (Prevention and Control) Bill, 2017, that guarantees equal rights in medical treatment, admission to educational institutions and jobs to people living with HIV/AIDS, but the Act is yet to be notified.

The Union health ministry has recently written to all states and the Union territories to direct private clinics and hospitals in their respective areas to compile and submit a list of HIV/AIDS cases they are treating. The move has been taken in a bid to get a definite data on HIV/AIDS.

But we need a major breakthrough in the research to produce a vaccine which would prevent and kill HIV enabling those who are affected, to lead a normal life.

The long-term goal is to develop a safe and effective vaccine that protects people worldwide from getting infected with HIV. However, even if a vaccine only protects some people who get vaccinated, or even if it provides less than total protection by reducing the risk of infection, it could still have a major impact on the rates of transmission and help control the pandemic, particularly for populations at high risk of HIV infection.