Cryo-EM to ease the fight against most deadly diseases

The experts of the field have hailed the new sophisticated technology as no less than a breakthrough in the medical world. 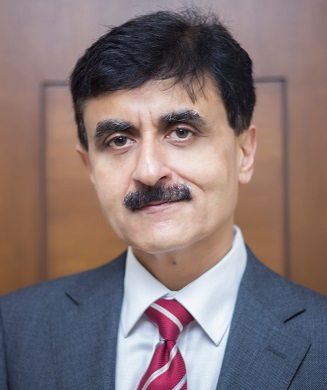 Cryo-electron microscope (cryo-EM) is the new buzz word among the structural biologists. Cryo-electron microscopy, a technique which has won several accolades including the prestigious Nobel Prize and has been named “Method of the Year 2015” by Nature Methods, simplifies and improves the imaging of biomolecules. The experts of the field have hailed the new sophisticated technology as no less than a breakthrough in the medical world.

Acknowledging the worth of the technology and the transformation it can bring in the field of medicine, the developed nations soon began a race to acquire more and more Cyro-electron microscope. The US has more than 60, the UK has about 15 and China has more than 20 units of Cryo-electron microscope. India has been a little late in joining the bandwagon and in 2018, Thermo Fisher Scientific hosted the inauguration of India’s First National Cryo-EM Facility at National Centre for Biological Sciences.

The medical world has witnessed several disruptions and seen myriad innovations in the past few decades. However, the world is still struggling with fatal viruses like Zika and Ebola. Thus, the advent of Cryo-EM facility becomes even more crucial. Cryo-EM facilitates scientists to see the intricate structures of proteins, nucleic acids and other biomolecules even as they move and change or perform their functions. It is crucial to note here that almost all functions in the body are regulated by proteins.

Thus, with better understanding of the proteins, it will be easier for scientists to formulate new drugs. In the Cryo-electron microscopy method, the sample under observation is usually frozen and then preserved. In this technique, a very thin slide of the specimen may be rapidly plunged into a liquid ethane bath and viewed in their natural state. Solvents like water or a salt solution is used to ensure that the sample isn't impacted. In comparison to the other microscopy techniques, Cryo-electron microscopy produces fine images.

The Cryo-EM facility makes it possible to view cells, cell organelles as well as macro-molecules complexes. It must be noted that Cryo-electron microscopy has come on in leaps and bounds in the last few years because the X-ray crystallography requires you to form crystals, but with Cryo-EM you don’t. This is a big advantage.

Cryo-EM works by firing electrons through a very thin sample frozen in liquid ethane. It collects the 2D images from which a 3D shape is calculated.

The better imaging of biomolecules catapult the research work in the area of finding cure to deadly diseases and thus help the scientists with insights to develop appropriate drugs. The disruptive new microscopy is molding the structural biology landscape by giving scientists the access to amazing 3D visualization that helps them better understand the structure of proteins and viruses. This is expected to speed the path to better prevention and treatment. The Cryo-EM research is rapidly transforming the medical and the pharmaceutical industries in a big way.

Soon, the world may witness revolutionary innovations that could help us get rid of the fatal incurable diseases. These surely are exciting times for the bio-chemistry.