Did you know that Epilepsy is curable?

The modern investigations like EEG, MRI, PET-scan, SPECT-scan can help diagnose the problem and treat accordingly. 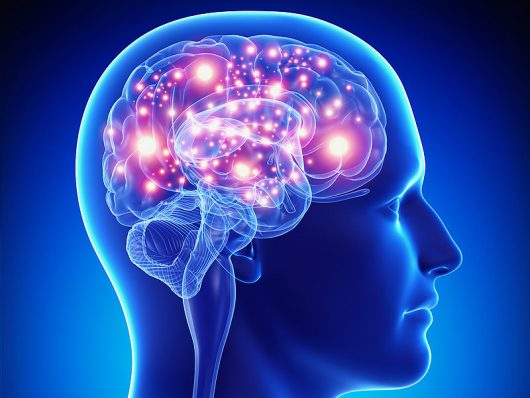 Majority of the people are of the opinion that epilepsy cannot be cured, but this isn’t true. Epilepsy is curable. With the International Epilepsy Day commemorated every year on second Monday of February (Feb 11th 2019), know a few of the important facts related to epilepsy.

Brain controls every function of the body through the electrical signals conducted along the nervous system to every single cell. Therefore every neuron in the brain has an inherent ability to generate electrical activity which in turn propagates through the spinal cord and the peripheral nerves to designated destination influencing the neuro-chemical reaction at the synapse in governing the functions of the body. When a bunch of neurons or a part of brain generates abnormal electrical activity, either in the form of voltage or frequency, this can influence the rest of surrounding brain resulting in a spark that can lead to abnormal and excessive electrical discharges. Due to this high voltage a person can lose consciousness and also exhibit vigorous muscle movements of body called seizures or fits.

If this phenomenon recurs often it can result into epilepsy. The normal electrical activity of the brain can be recorded by a simple test called EEG. This apart, it can also pick up the abnormal electrical activity and extension of this investigation is called Video EEG in which the sequence of events called semantics as well as the progression of events can be tracked both physically as well as electrically. But unfortunately, there are several myths associated with epilepsy. This has been associated with a variety of possessions, black magic and environmental influences like full moon day and new moon day. In addition to the myths, due to the social taboo surrounding epilepsy, people sigh away from disclosing the illness.

In fact, epilepsy is a simple abrasion of the normal electrical activity of the brain and therefore should be treated like any other diseases. Epilepsy can result from variety of causes that lead to brain damage.

The brain damage can happen due to abnormal development of the brain or any kind of insult, injury, infection, hypoxia either during intra-uterine life or post-natal life. Epilepsy can be a manifestation of central diseases like metabolic, infection, vascular and tumors in which case it is called secondary epilepsy. Whatever may be the cause, every epilepsy needs to be evaluated, diagnosed properly and treated adequately.

The modern investigations like EEG, MRI, PET-scan, SPECT-scan will help us to diagnose the problem and treat accordingly. If it is treated with appropriate medication for sufficient duration, then epilepsy can be completely cured.  However, a small percentage of epilepsy is associated with genetic factors as well as significant brain abnormality. They are difficult to control with medication at times. If the epilepsy persists beyond two years with adequate dosage of medicine then it is called refractive epilepsy. This should be identified as early as possible, evaluated and treated not only to counter the epilepsy but also to prevent the on-going brain damage so that the functional ability of the individual can be preserved. This select group of people can get benefit from surgery by removing the abnormal area of the brain causing epilepsy at an early stage.

In 60 per cent of such people, surgical treatment can not only control the epilepsy but also improve the quality of life. If the epileptic focus is in an area that cannot be corrected surgically then one may have to resort to palliative procedures like corpus callosotomy or vagal nerve stimulation.

One needs to understand that, people with epilepsy can lead a normal life as well as family life. This will not be propagated to the children except in rare genetic syndrome. Epilepsy has also become a cause of marital conflict and divorces, particularly in our country. We need to educate the society that epilepsy is just another disease and there are many treatment options available.

However, controlling the illness is absolutely essential to maintain the normal life. This can be achieved by regulation of medication, proper food and adequate sleep. Today there are many drugs available to treat epilepsy that are safe and compatible. Compliance with medication is the singular factor that influences the outcome.