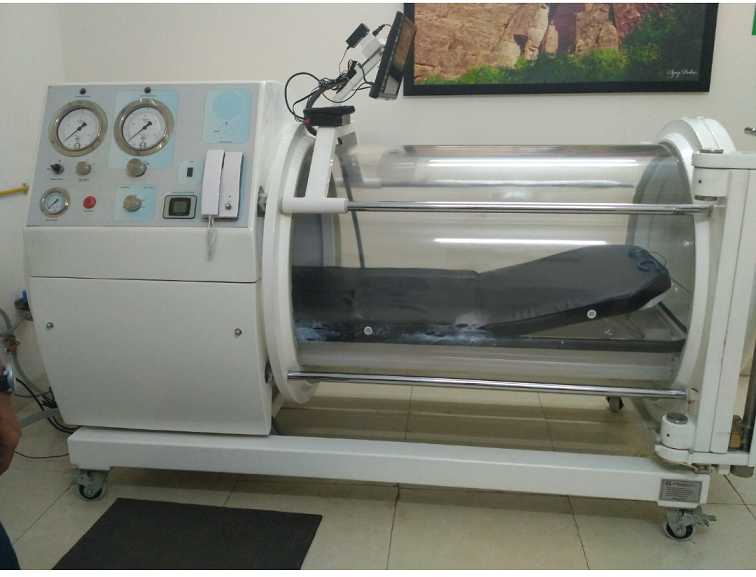 Head Trauma is one of the major causes of death and disabilities across the world. This can be caused due a contusion (bruise), concussions, fractured skull or internal bleeding, and damage the brain. Patients with Traumatic Brain Injuries (TBI) often face mild to severe complications varying on the damage done to the brain. These patients are left with cognitive, behavioural or communicative disabilities if not fatal. This is caused due to the lack in adequate supply of Oxygen to the body as well as insufficient and effective interventions & treatment options at clinical practices. However, due to technological advancements have made efficient interventions possible with Hyperbaric Oxygen Therapy (HBOT) – this helps deliver more Oxygen to the body at the cellular level and provide treatment to patients with traumatic brain injuries.

WHAT IS HBOT? Hyperbaric Oxygen Therapy is a non-invasive treatment that helps in enhancing body’s healing process by inhalation of 100% Oxygen at an increased atmospheric pressure. In this therapy, the air pressure is increased two -three times higher than the normal air pressure. It allows the Oxygen to dissolve into blood plasma resulting in increased amounts of Oxygen delivery to tissues. This allows stimulation of dormant tissues which yields them to function normally.

WHEN AN INCIDENT OCCURS HYPERBARIC OXYGEN THERAPY (HBOT) HELPS TO RECOVER IN THE FOLLOWING WAYS:

HBOT ADMINISTRATION: HBOT should be performed by a trained Hyperbaric Medicine Physician along with physiotherapists and nurses. Sessions last for approximately 90 minutes and the number of sessions is to be decided by the clinician.