The reasons behind recurrence of miscarriages

Various tests are carried out to determine the cause of the problem, which could vary from being hormonal, to infective or genetic. 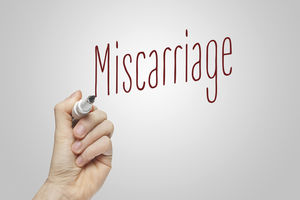 Unfortunately one out of every 5 to 6 pregnancies ends in a miscarriage i.e. the pregnancy is lost! And if it happens not once, not twice but three times in a row to a couple, then it can be disastrous! Recurrent pregnancy loss is one such situation which carries the burden of immense emotional stress to the couple concerned and tries the patience of the attending doctor.

Due to the confusion and controversy surrounding such a clinical condition, various forms of therapies and myths are associated with it. They include taking herbal treatments, sleeping in a particular way, tying some religious threads on the body, avoiding certain foods, etc. and these “so called therapies” have been neither proven to be useful nor recommended.

To understand the cause of such losses in a particular couple, it is important to investigate the couple completely. Various tests are carried out to determine the cause of the problem, which could vary from being hormonal, to infective or genetic. The treatment varies depending on the cause, hence it is not possible to prevent the problem again, unless all the necessary tests are done.

The chance of chromosomal abnormality being the cause of recurrent pregnancy loss is low (<5% of couples with RPL). Women older than 35 years have a greater tendency to produce eggs with chromosomal abnormalities. Whenever a couple has suffered 2 or more miscarriages, an investigation of the chromosomes for both of the female and male is indicated. This investigation is normal 95% of the time. If an abnormality is identified, prompt consultation with an experienced human geneticist is indicated since the research in this field is complex and constantly changing.

Antiphospholipid (APS) is the autoimmune dysfunction that is classically associated with recurrent pregnancy loss. Small blood clots develop in the circulation of the fetus which interrupt the passage of oxygenated blood to the fetus. This is a possible reason for the fetal losses. Low dose aspirin and Heparin (blood thinners) are the preferred treatment options for women with APS. In a situation where there are alloimmune causes i.e. the fetus is being treated as a foreign tissue by the mother, other therapies such as leukocyte immunization with the father’s blood and immunoglobulin therapy are used.

The commonest hormonal cause for recurrent pregnancy loss is “the luteal phase defect” which is associated with a low progesterone secretion. Progesterone is necessary for good development of the lining of the uterus to sustain a pregnancy. Progesterone appears to have a critical role in implantation and the development of a normal pregnancy and its deficiency can lead to infertility in severe cases and recurrent pregnancy loss in milder cases. A common treatment for a luteal phase defect is progesterone supplementation in the form of vaginal suppositories, injections, oral tablets or a combination of the above. Controlled diabetes mellitus and controlled thyroid disorders are not considered to be a cause for pregnancy loss today.

Certain chronic infections such as Toxoplasmosis which a woman may suffer from, can be passed to the fetus, causing it harm. If the infection is not detected and hence not treated, it may continue to play havoc with further pregnancies. Hence it is necessary to carry out various tests, treat the infections if present and this can then lead to successful pregnancies in future.

There is no experience more difficult than having to go through a miscarriage during pregnancy. Miscarriage is not only physically taxing, but very emotionally challenging as well. Yet, pregnancy loss can be even harder to deal with especially when it occurs time and time again.

As doctors, we empathize with our patients and do whatever is possible to make their pregnancies grow normally. The joy and pleasure which is experienced in such successes, is difficult to describe – both for the couple and the treating doctors!